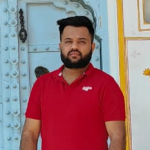 when Allahabad High Court approved the first demolition order. Nowadays, with construction costs increasing, it is estimated at more than Rs 500 crore.

Will Supertech Money Drop? Real estate experts believe that despite the Supreme Court’s profound distress over the alleged collusion between the builder and the Noida government and holding both accountable for this illegality, take no action against them.

Rather, the money wasted belongs to the banks and buyers, who may not be able to recover it when the builder’s case goes to the National Company Law Court (NCLT) this year.

On the face of it, it looks like the biggest loser is Supertech however since the builder is now in Corporate Insolvency Resolution Process (CIRP), the overall value of the assets would be assessed, and in turn, the money available for resolution will impact all the creditors such as banks and buyers,” advocate Venket Rao, founder, Intygrat Law Offices, and a well-known expert on insolvency laws, said.

Rao, who is also a legal advisor of the Real Estate Regulatory Authority (RERA) of Uttar Pradesh, says that the NCLT has already appointed an Internal Resolution Professional, Hitesh Goyal to head the company and look for a financial resolution, and there is a high probability that banks might not be able to fully recover their loans and credit from the builder.

Out of over 600 buyers who had bought flats in these two towers, all of them, except 59, have either got a refund or swapped flats for other projects of the builder. The Supreme Court has promised that it would get the homebuyers’ money refunded from the builder and it has asked the IRP Goyal to deposit Rs 1 crore in the apex court’s registry by September 30, 2022.

Ashish Mohan Gupta, the president of Jaypee Infratech Limited (JIL) Real Estate Allottees Welfare Society, says that these 59 buyers might get their full refund with the interest but once the company goes into insolvency, the larger consequence is that only creditors, be it homebuyer of the banks, suffer.

A section of experts also suggests that instead of demolishing the construction, it should have been taken away from the builder and used for government purposes to maximize the utility of financial resources already used in the construction process. It would have minimized the loss of public money.

It would have been better if an alternate resolution would have been found to use such a huge building for other useful purposes, by acquiring it by the government, which would have been a better way to save the national resources,” Advocate J.K. Mittal, the co-chairman of the National Council of Indirect Taxes, Assocham, suggested.

Mumbai-based Edifice Engineering, hired for the project, carried out the demolition work and master blaster Chetan Dutta pressed the button.

Joe Brinkmann, CEO and managing director of Jet Demolitions, a South Africa-based firm along with Edifice Engineering and others, brought down the twin towers, which was one of the most difficult tasks since the building was strong and built in a seismic zone.

The twin buildings, which comprise 915 flats and are located just nine metres from Emerald Court’s Aster-2 apartment block, were fully rigged with explosives and wired up.

Over 5,000 residents of Emerald Court and ATS Village were told to vacate the premises by 7.30 a.m. They will be allowed to return only after safety clearance from the officials is obtained.

How Content Marketing is key to business success in 2023